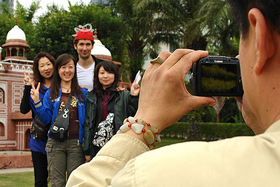 As you can see from the header photo above, the Disneyesque Snow White dwarfs at the entrance to this hybrid theme-park/outdoor-exhibition seem to have a severe drug problem: try focusing on the eyes of the second one from the left and you may start to feel dizzy (like me, I have a hard time writing these lines).

'Window of the World', located in Maniland China a few miles north of Hong Kong, offers miniature model replicas of the world's most famous landmarks (which visibly didn't stretch the budget too far), sparkle-eyed Chinese visitors and three major rides. The first is a classic flume ride that leads through impressive American National Park-themed mountain scenery. The second is an electrically-accelerated bobsled ride through the jungle. And the third is an indoor roller coaster called 'Atlantis', inspired by everything Disney Imagineers ever produced. The first two are fun. The latter, though, doesn't live up to the lost city's high standards.

'Flying over America', a copy of Disney's simulator cinema 'Soarin', was about to open when I visited. There is a 3D-, 4D- or 5D- (I forgot the number of supposed dimensions as it felt rather 1D) cinema that will haunt you with its incredibly inferior quality. However, with ticket prices below USD 20, 'Windows of the World' can be forgiven many of its flaws. 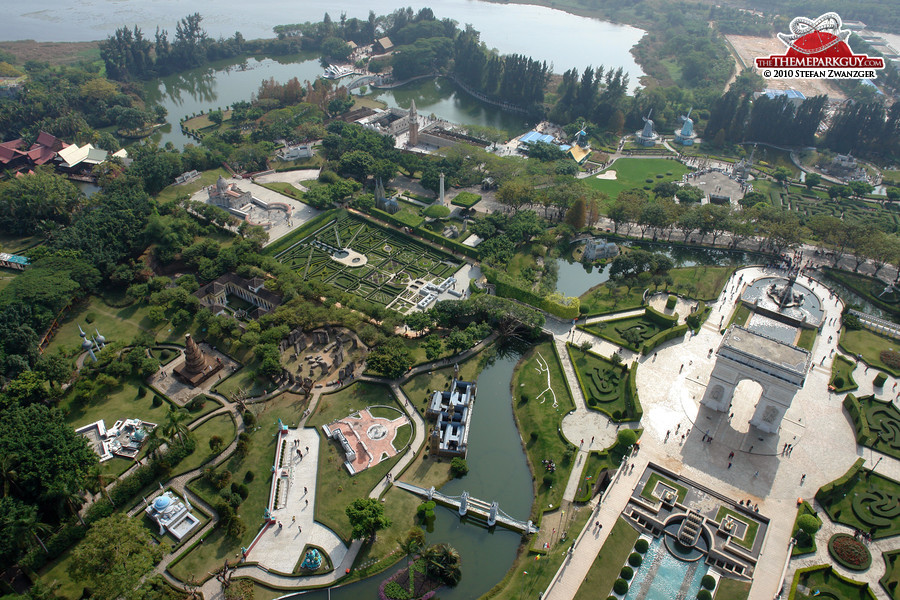 Window of the World aerial 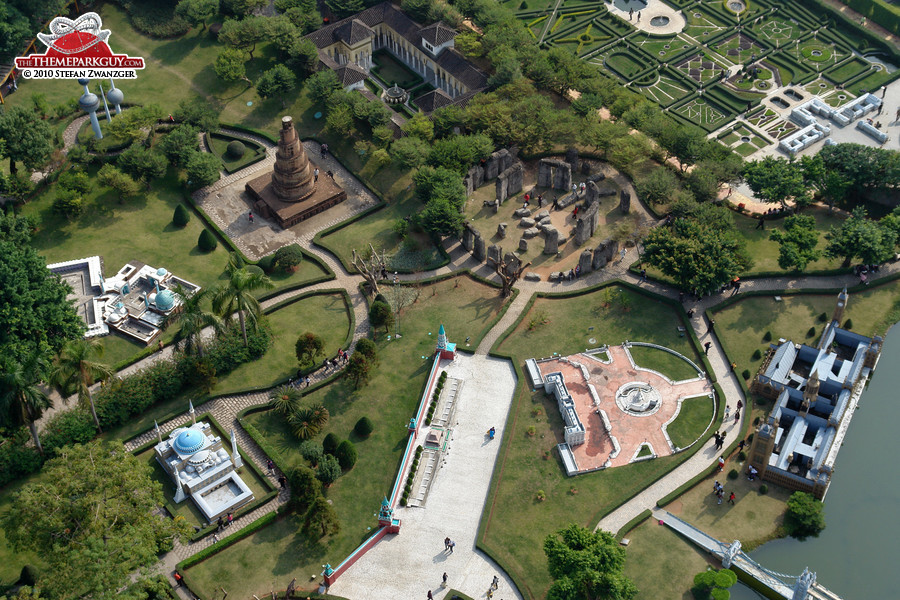 Window of the World Shenzhen

Inside the Eiffel Tower 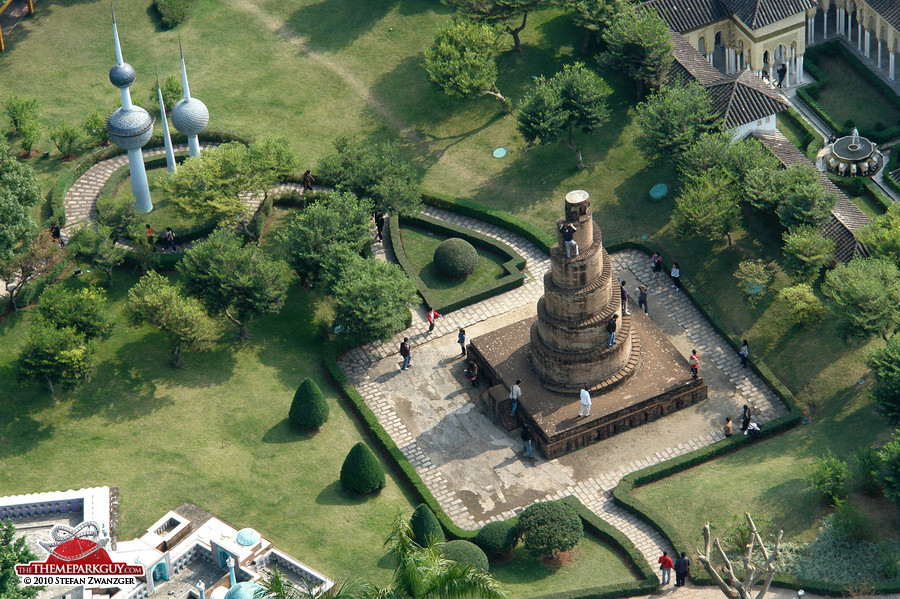 Someone will injure him-/herself here one day 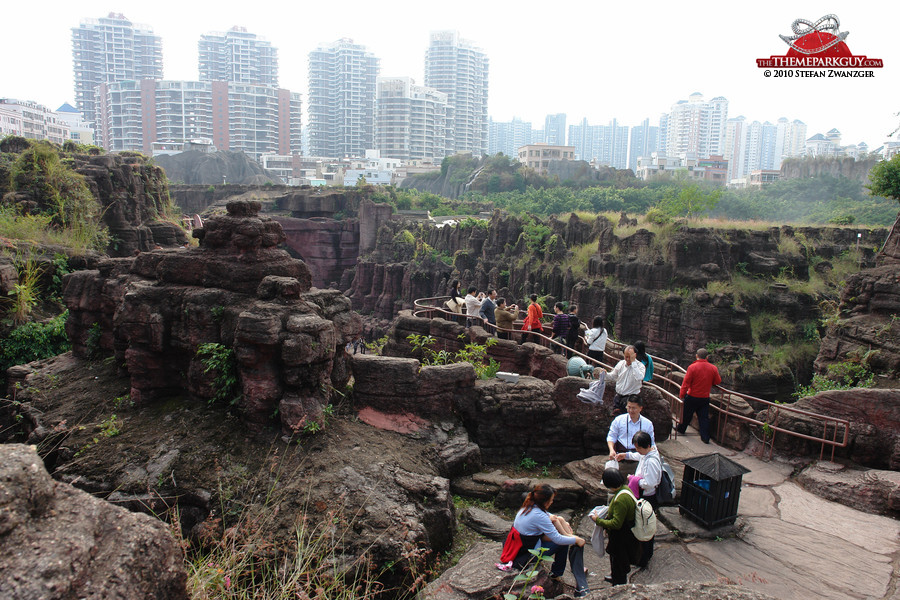 Window of the World, with Shenzhen in the background

Window of the World scenery 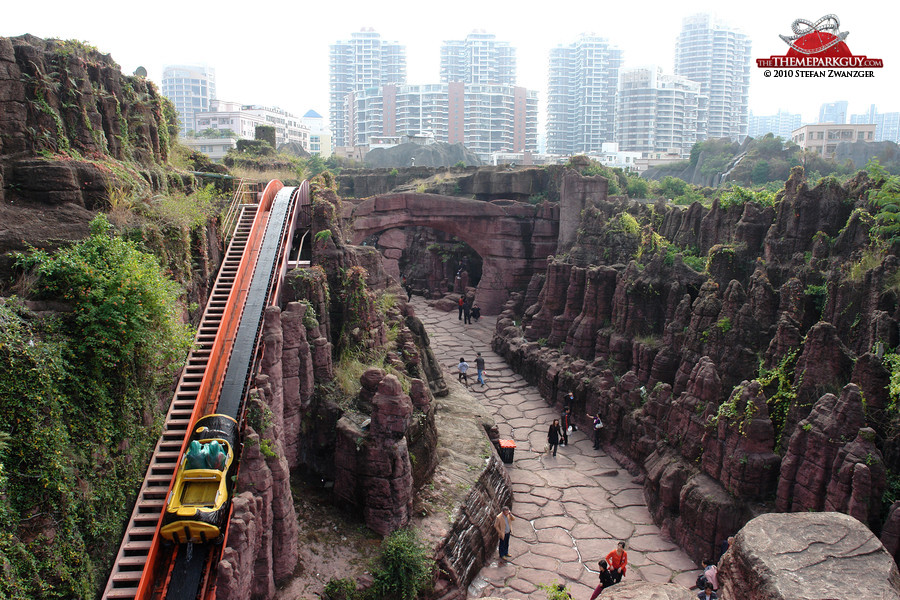 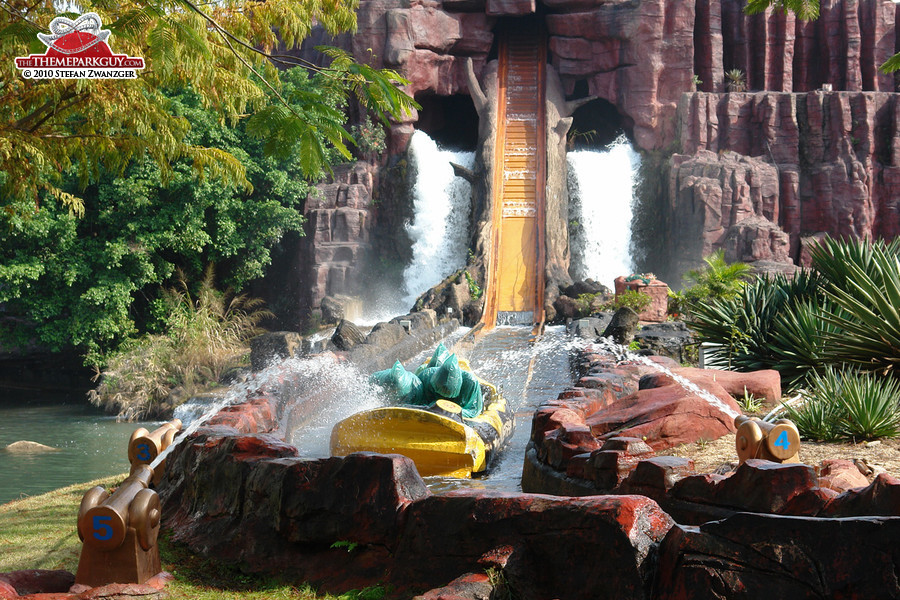 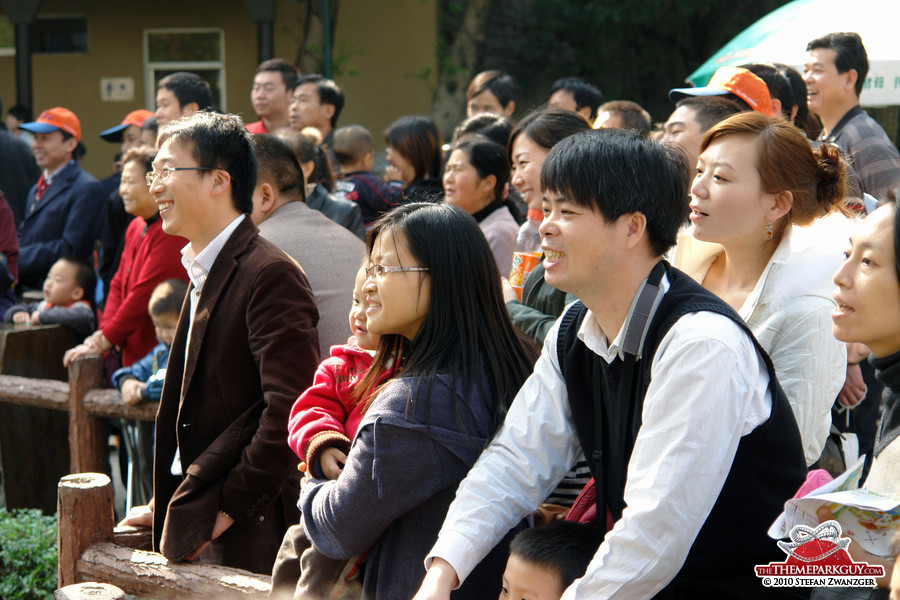 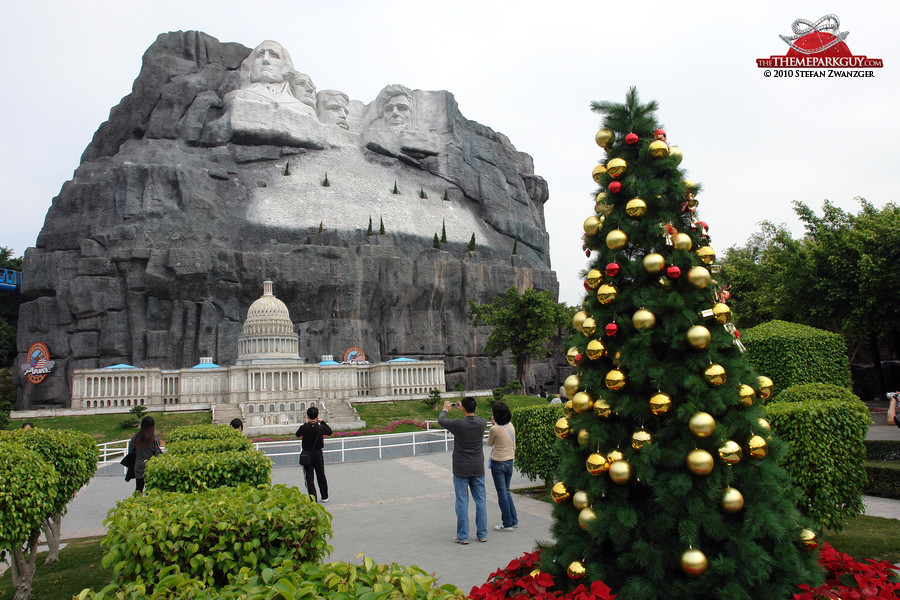 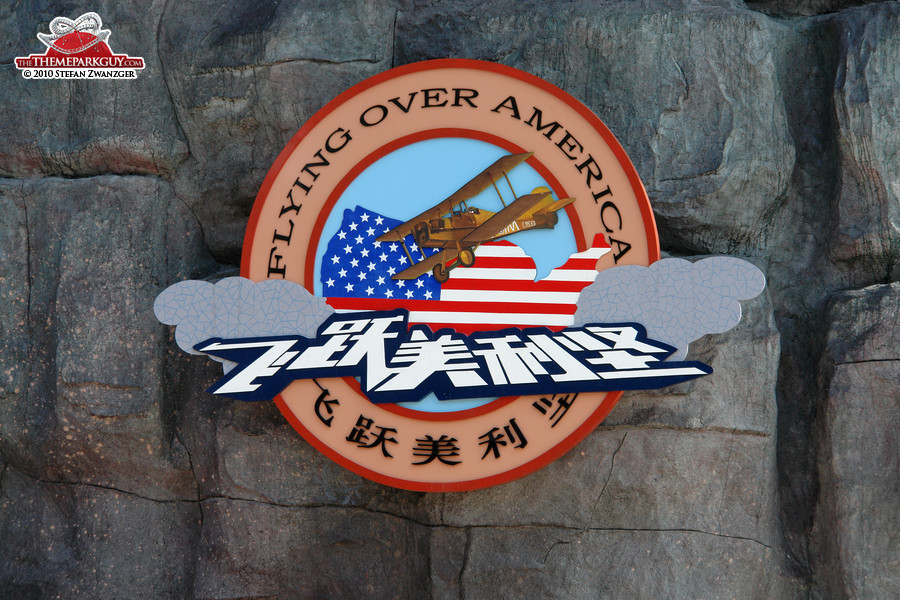 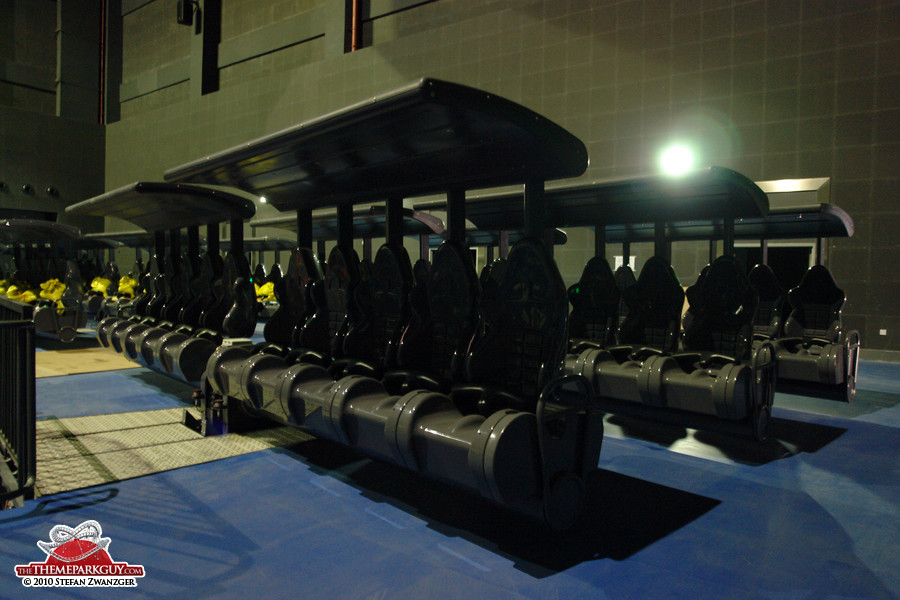 Looks like a copy of Disney's 'Soarin' Over California' 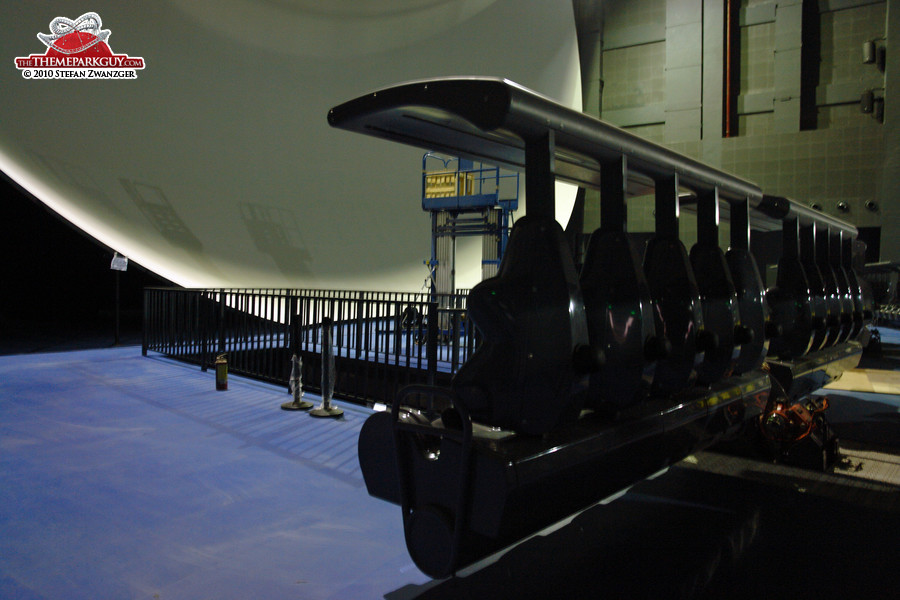 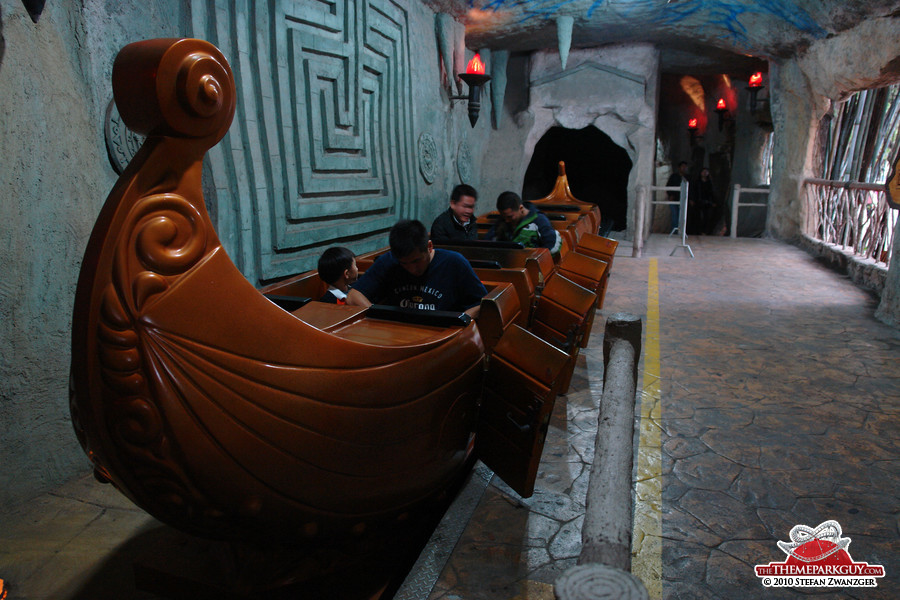 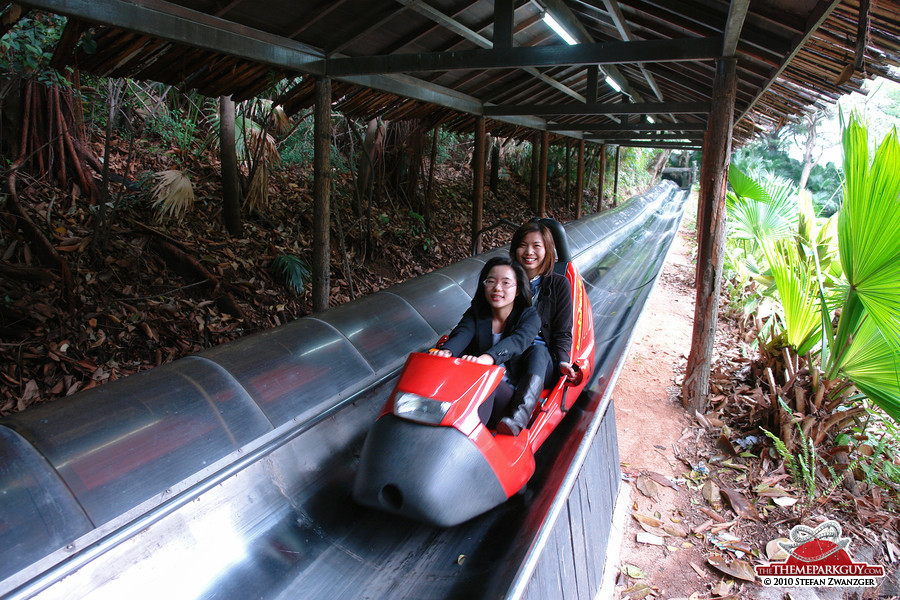 Bobsled ride through the jungle 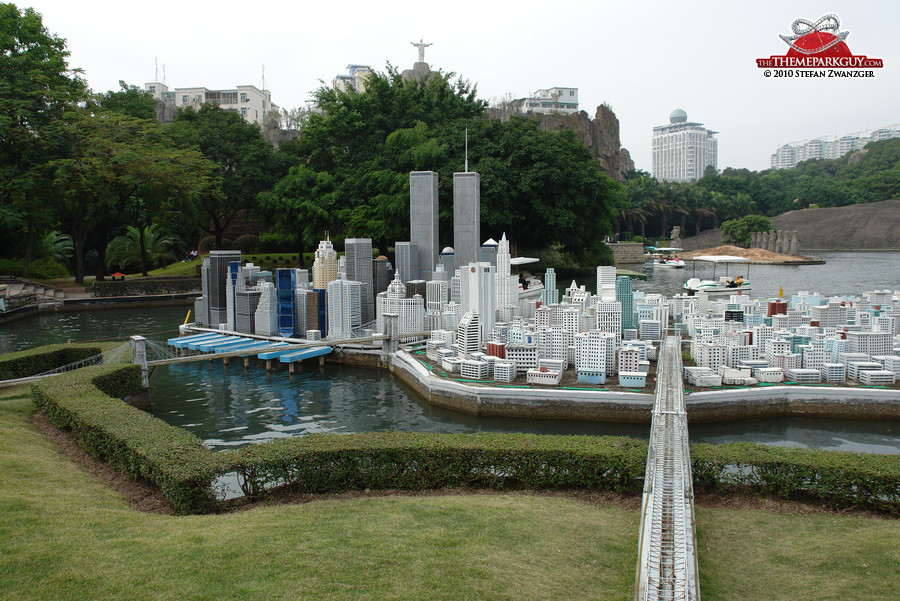 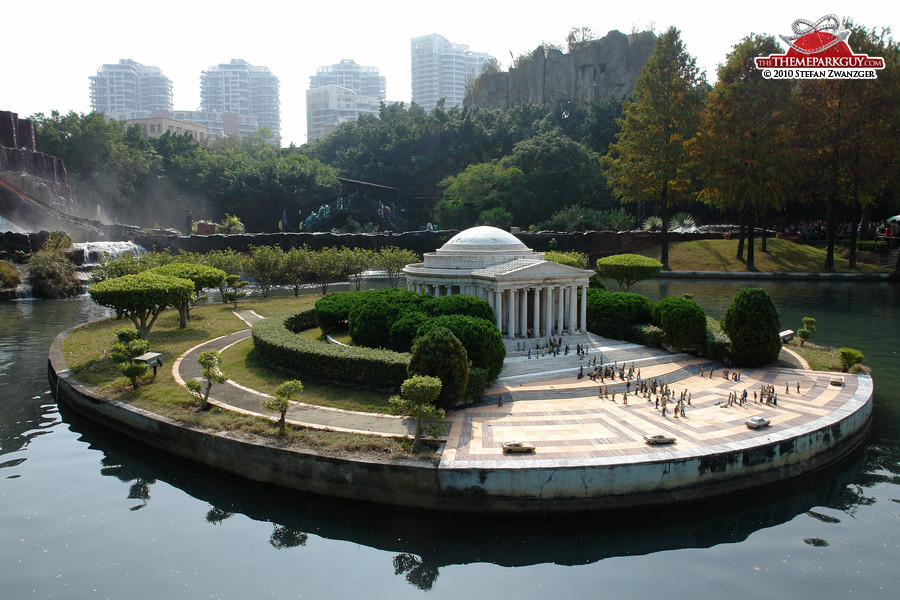 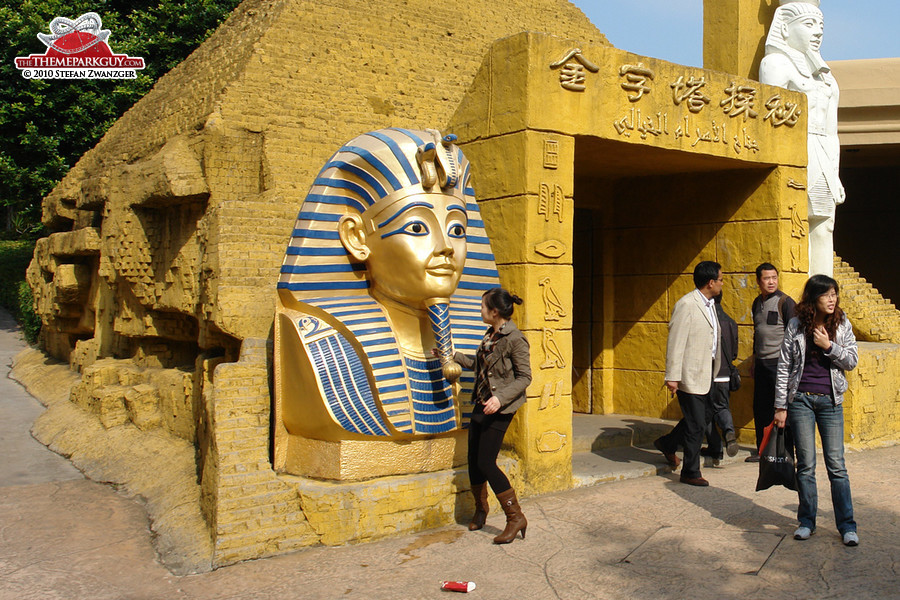 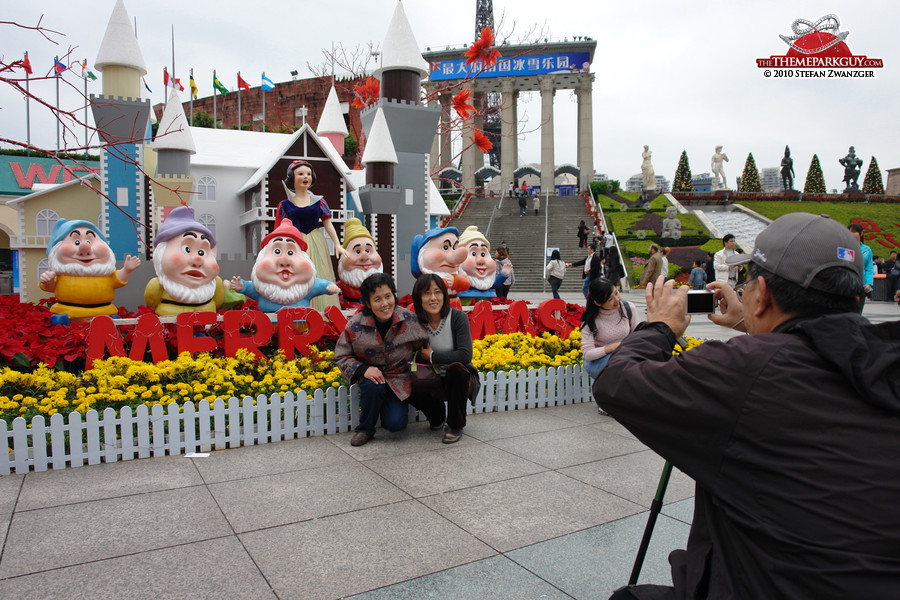 Photo session with the dwarves