In the Transformers queue 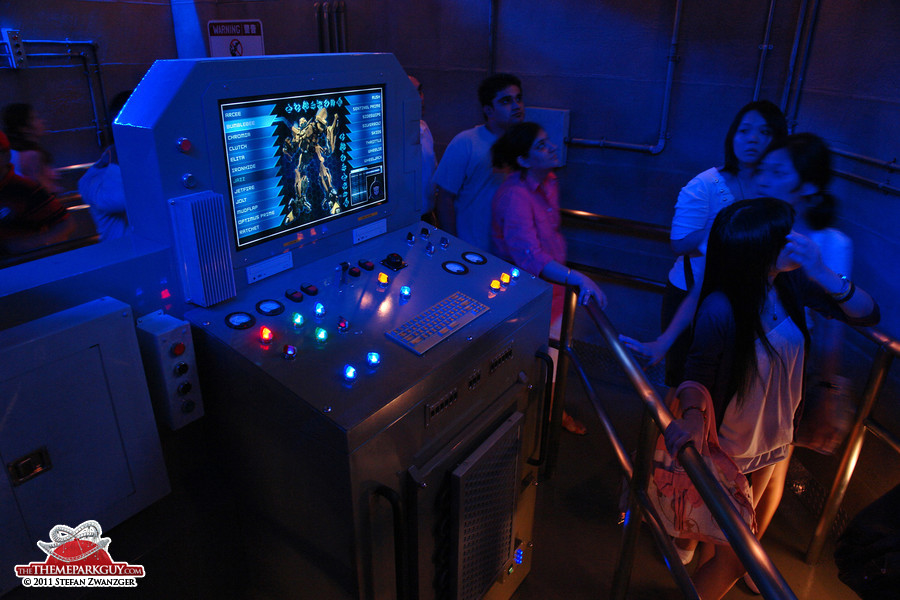 Embarking on the Transformers Ride

Animatronics inside the Madagascar Ride 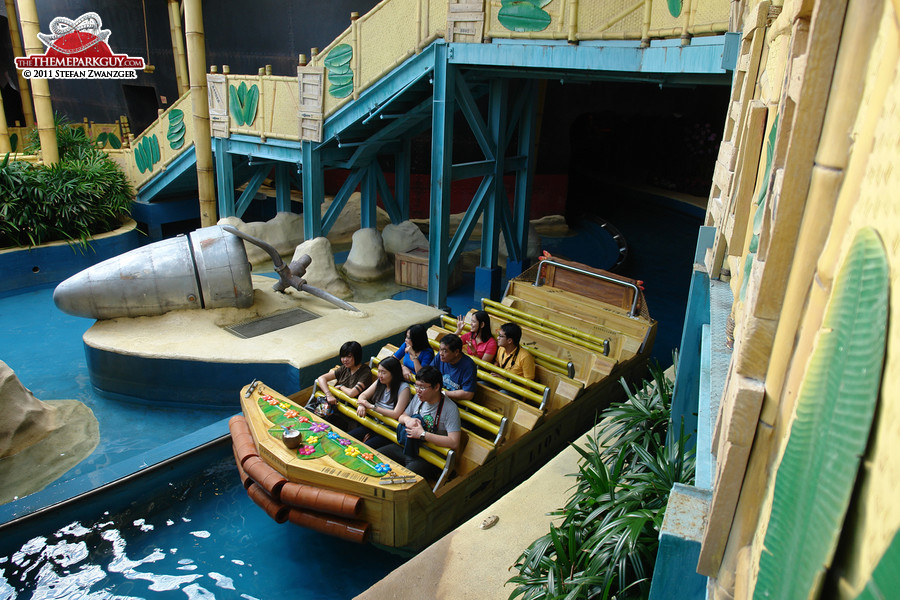 Revenge of the Mummy entrance 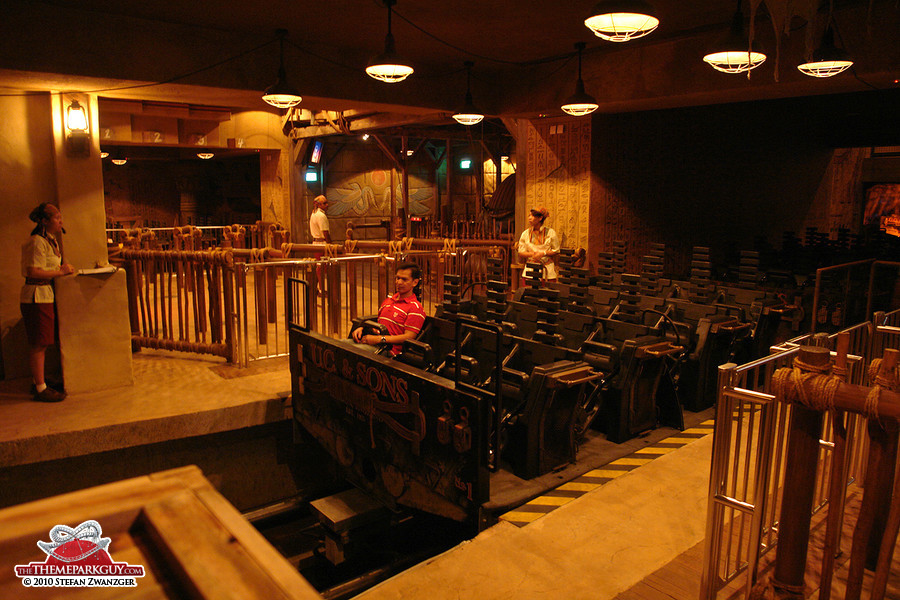 Revenge of the Mummy ride vehicle 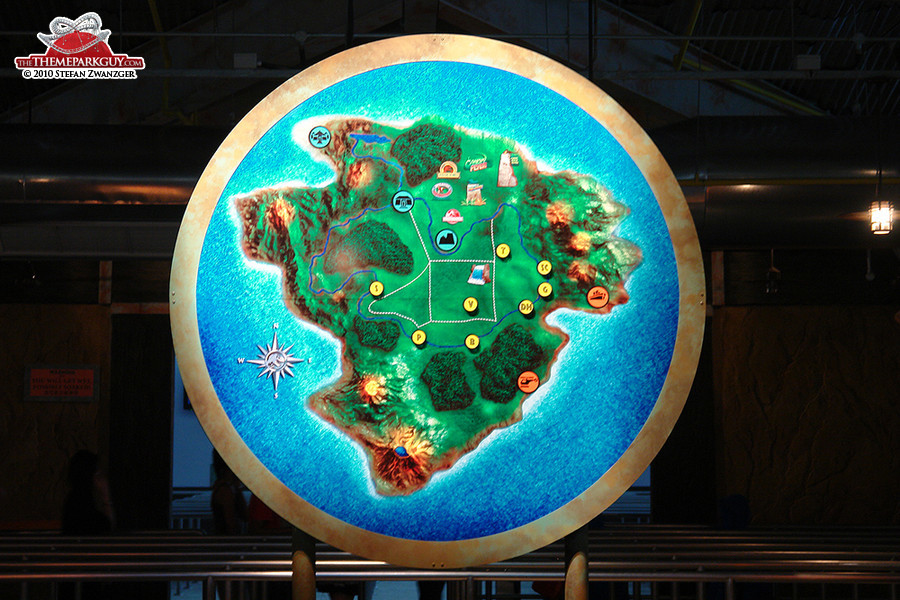 Stegosaurus on the Jurassic Park ride

Rafting towards the dark 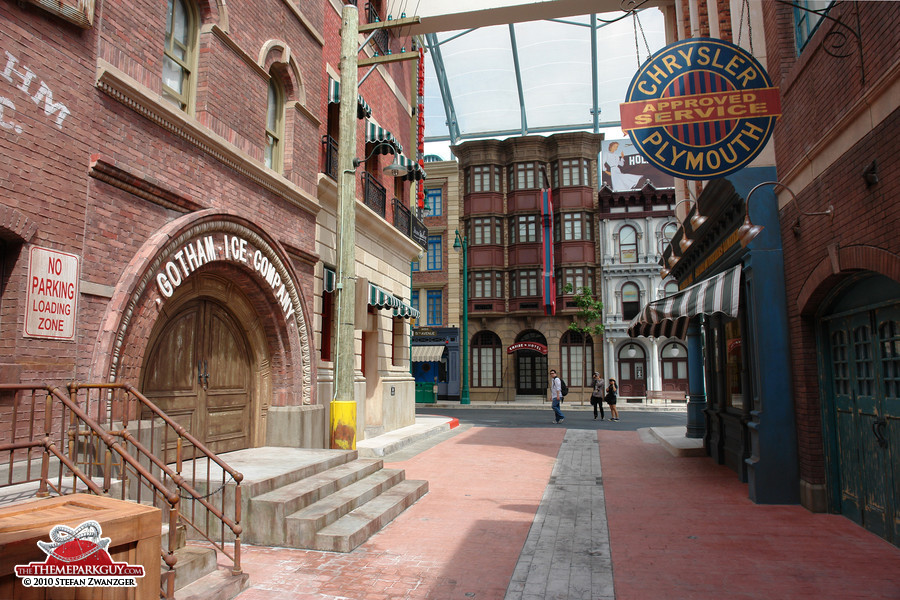 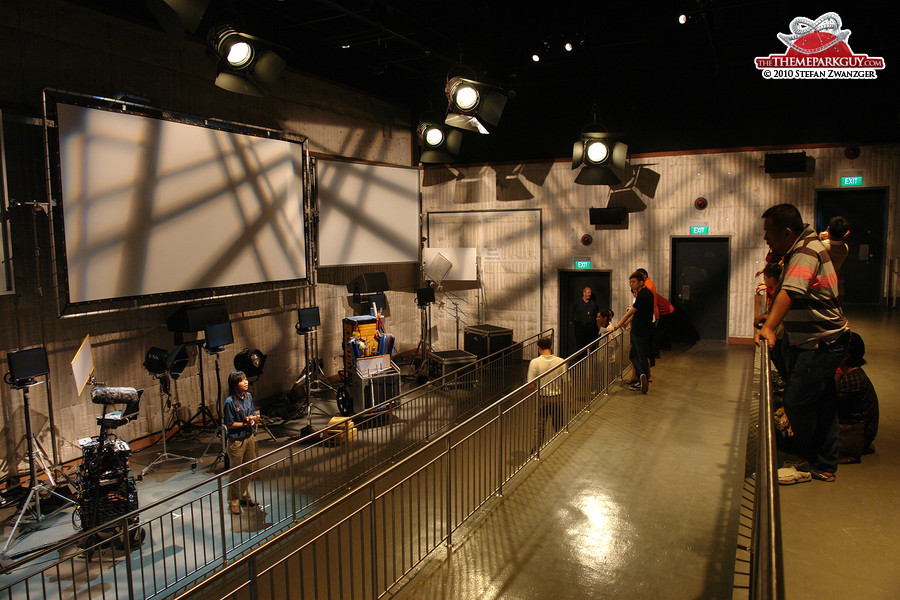 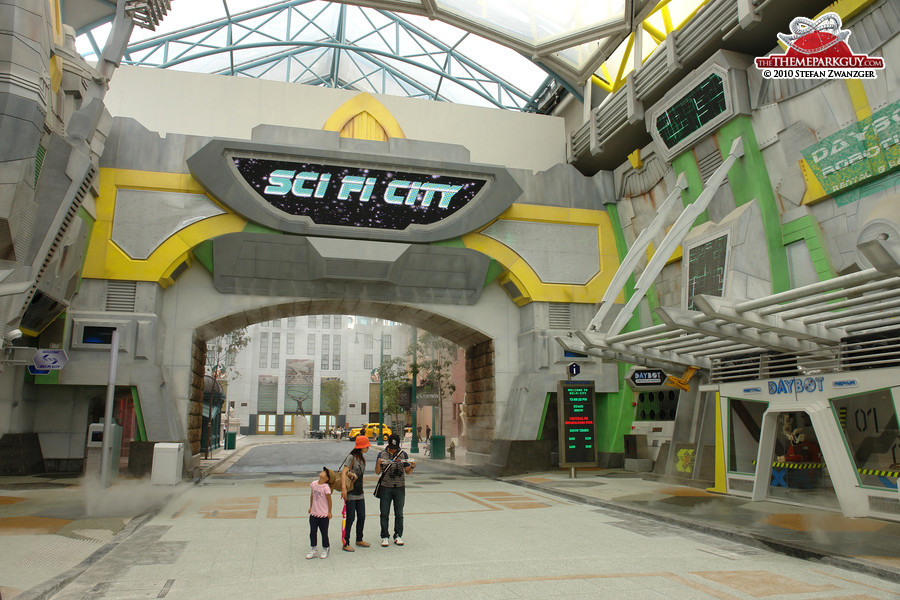 Universal globe and gate at the back 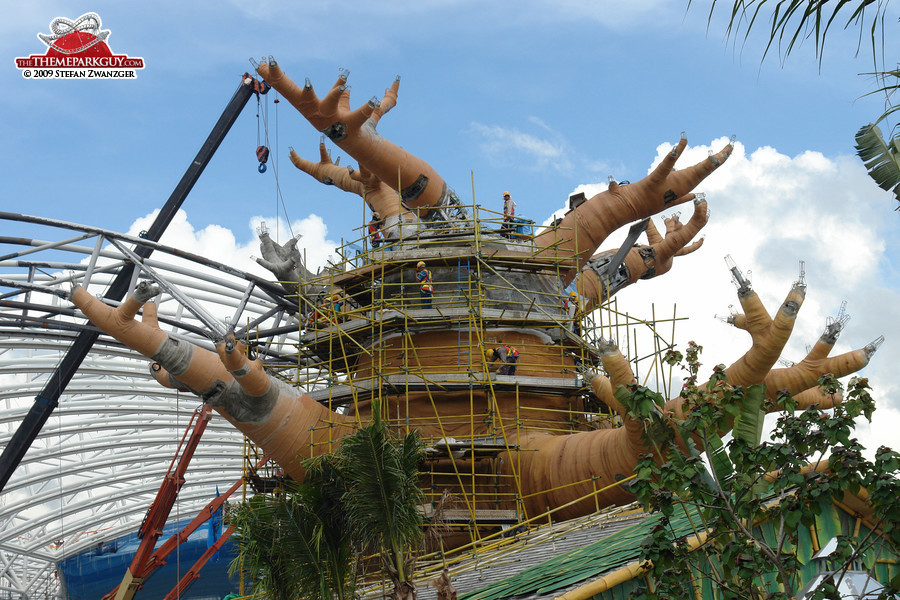 Rapids through the JP gate 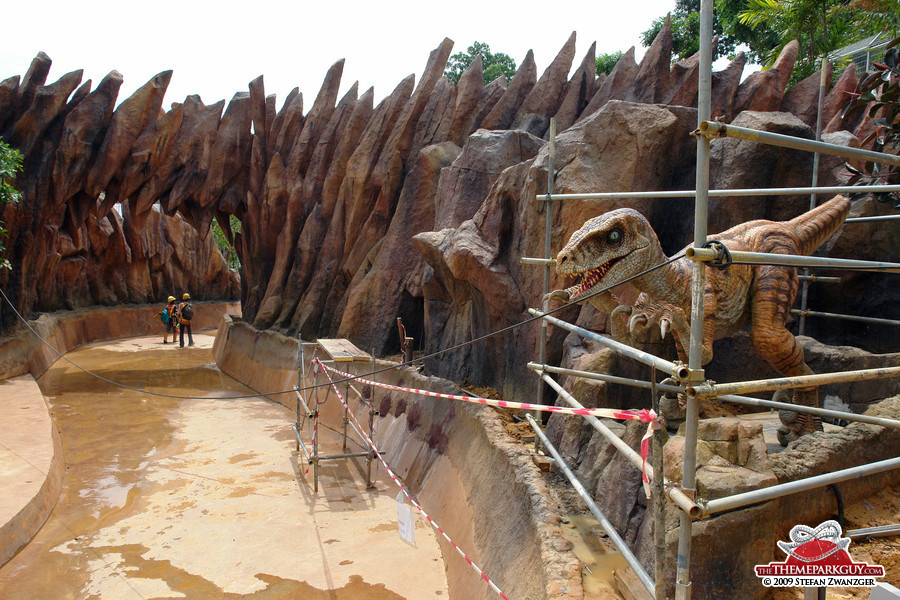 Entrance to the Mummy ride

Universal Studios Singapore from above, November 2009

Mummy coaster tracks stored on the site of the future lake

Revenge of the Mummy building

Revenge of the Mummy building from inside

Coaster track inside the Revenge of the Mummy building 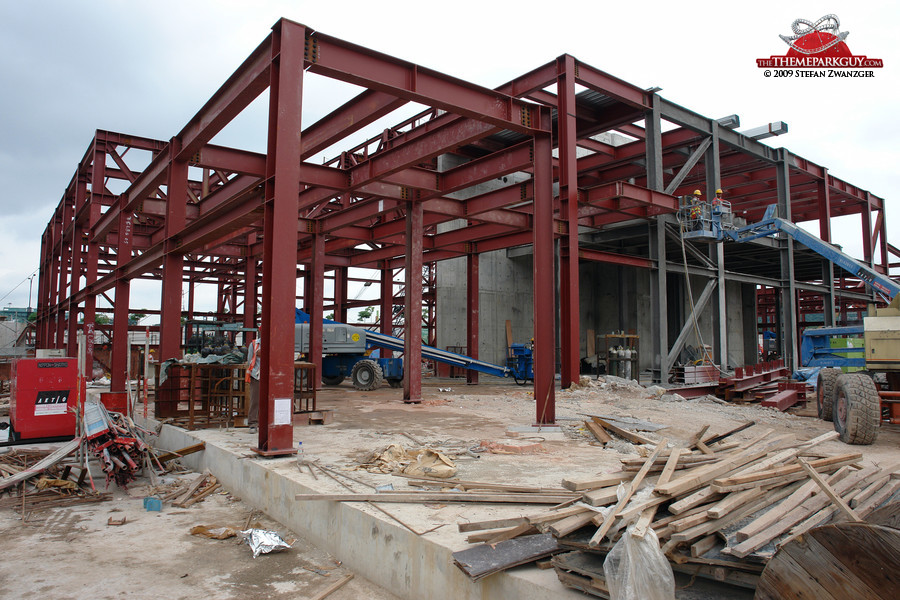 In the backyard of the Waterworld stadium

Merlion in the background

Inside the Mummy building

Mummy Ride from the other side 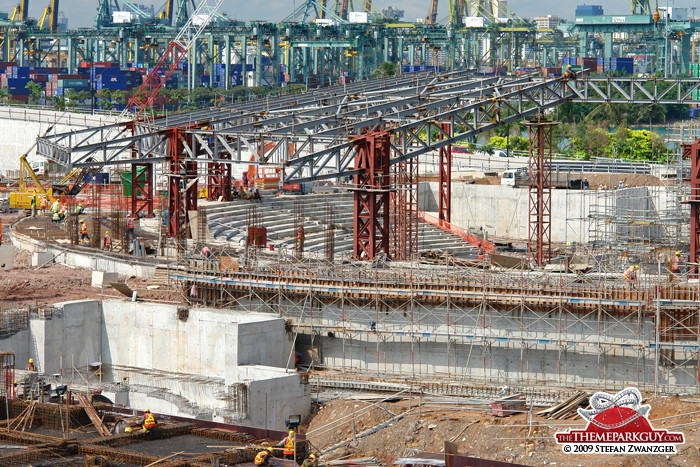 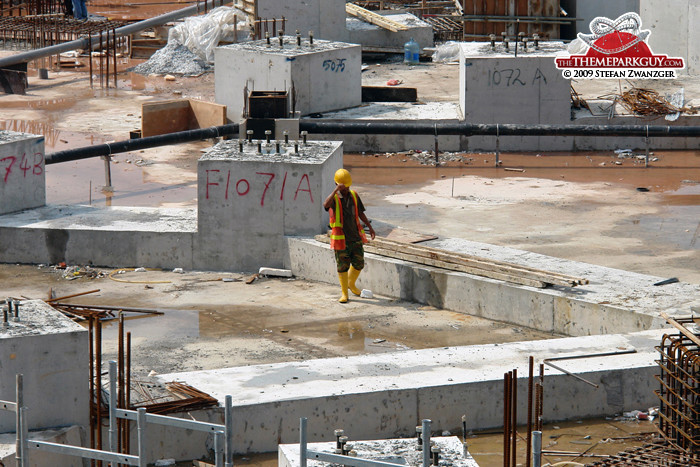 Parking garage in the making

Model of The Mummy Ride