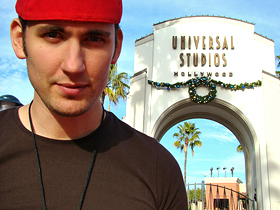 This is the original. The one and only Universal Studios Hollywood, the place where movie history was, and still is, made. The incredible Steven Spielberg has his office here, Ron Howard and Brian Grazer run Imagine Entertainment from the backlots, Robert Zemeckis and Alfred Hitchcock worked in the studios. Movies like ‘Back to the Future’, ‘Indiana Jones’, ‘War of the Worlds’ and ‘Apollo 13’ were all partially shot on these grounds and many sets from your cinematic memories are still standing, accessible to everyone on the studio tour. If you have $199 to spare, book the VIP studio tour: it’s a great deal!

Four major thrill rides make it one of the world's best theme parks as well:

• 'Jurassic Park': terrific flume ride featuring John Williams' ear-pampering soundtrack, primeval jungle, broken cages, moving dinosaurs, falling cars and a brilliantly staged surprise at the end
• 'Revenge of the Mummy': well-themed back-and-forwards roller coaster in the dark, different to and a bit less thrilling than the Universal Studios Florida version that goes by the same name
• 'Terminator 2 3-D': fabulous 3-D movie experience, directed by Titanic genius James Cameron and theme park legend Gary Goddard in 1996 and starring Arnold Schwarzenegger and Linda Hamilton. Full of surprises and great effects that go far beyond simple 3-D. Considering it's well over a decade old, this 'movie ride' is tremendously exciting and so are the performances of the live-actors.
• 'Transformers': added in 2013, this is the finest and wildest 3-D ride to date, fitted with some awe-inspiring dive-into-the-screen moments.

A must-visit when you are in Los Angeles! In fact, Universal Studios is better than anything else you'll find on the tourist paths through Hollywood.

Universal Studios Hollywood from above

The real studio sections of the park

The Back to the Future area that burnt down shortly after 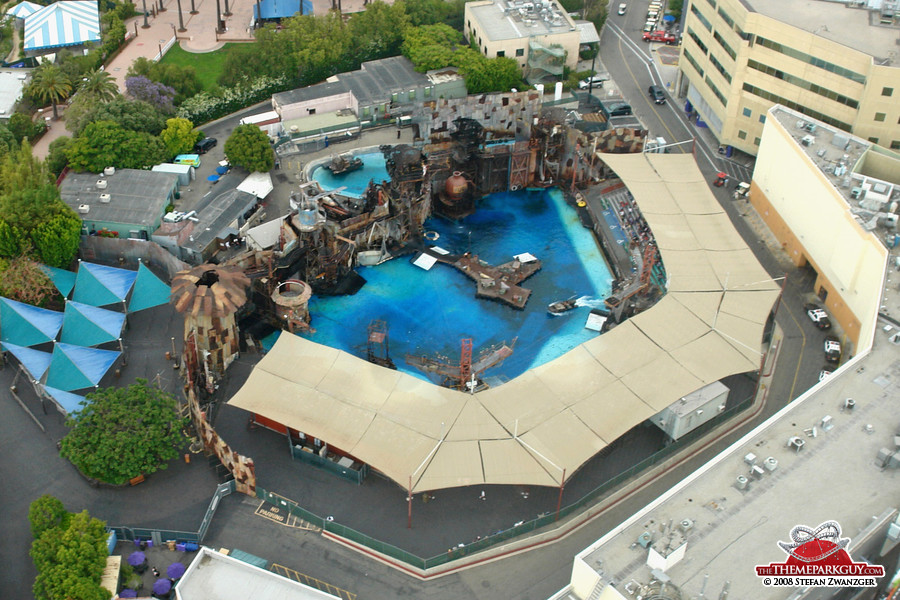 Jurassic Park from above

Entrance to the Jurassic Park section

Dinosaur animatronics (this one is a little bit stiff)

More Mexico: this area is flooded when the Studio Tram passes by

War of the Worlds setting 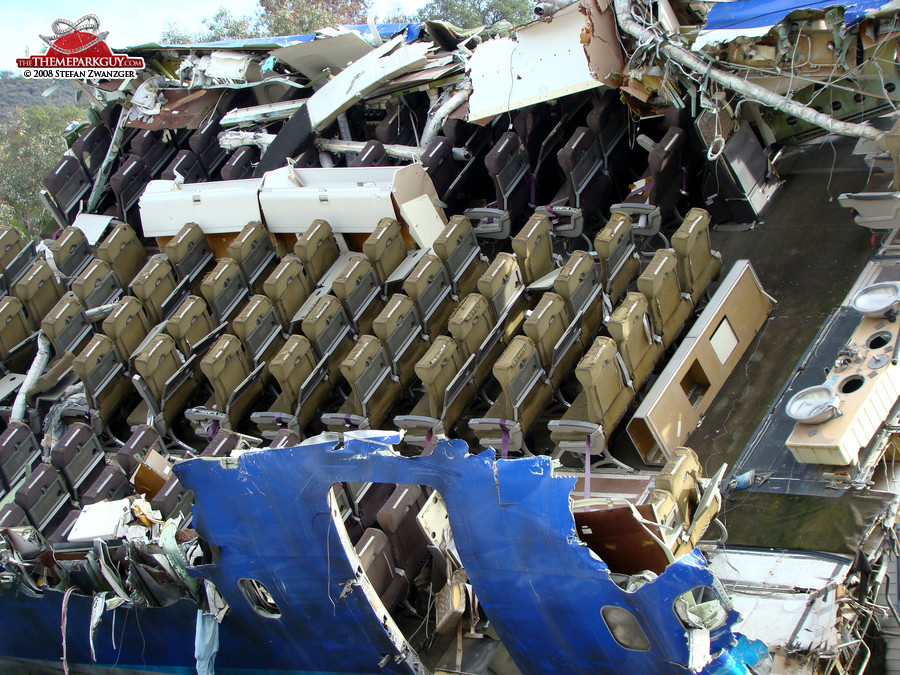 Crashed airplane appearing in Spielberg's War of the Worlds

Entrance to the Mummy roller coaster

Mummy setting in the queue

Revenge of the Mummy coaster car

It's quite a distance between the two 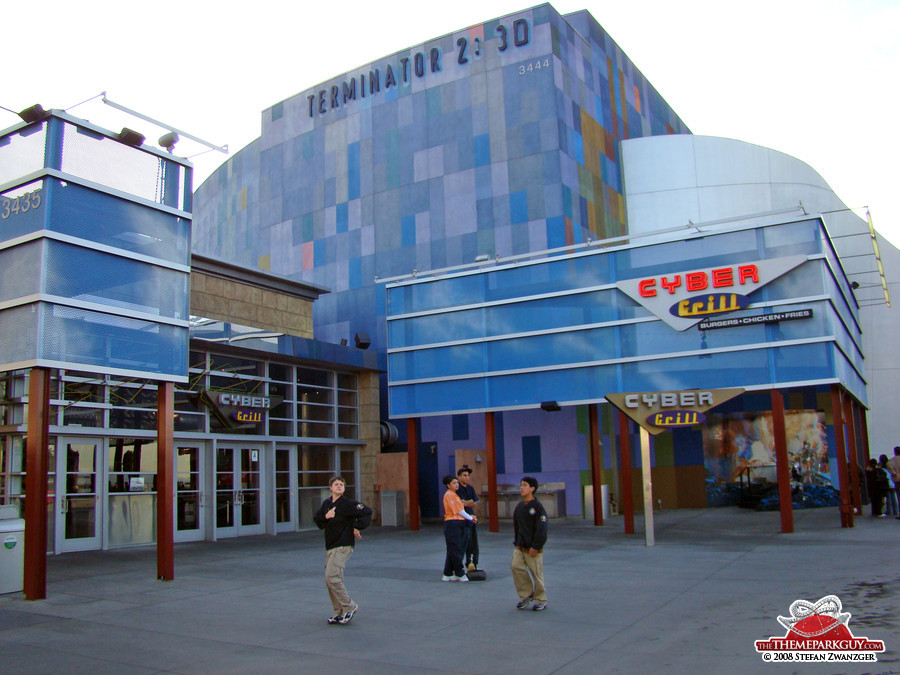 Hamburgers in the Upper Lot

Inside King Kong: 3-D projections on both sides of the tram

Another novelty to the tram tour: Jurassic Park scenery

Transformers character posing with the kids