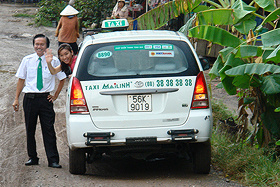 Happyland is reportedly costing a staggering 2 billion USD - an unprecedented investment in a theme park located in a country with such low per capita income. The artwork leans heavily on Disney inspirations and looks a bit simple and uninspired, yet it is too early to judge Happyland's ultimate quality. Nor would I want to judge the future of Vietnam and its citizen's average income in 2014, when the theme park opens. Asia is on the move, and so is Vietnam.